A Few Fish at Last

There was a long overdue bit of settled weather which coincided with big tides, and I made sure I made the most of it. I must have spent over 20 hours fishing during the last three days. The original plan was to head down south, but reports of weed in the water and varying south-westerlies changed my mind. I stayed local in the end but still managed a few fish. 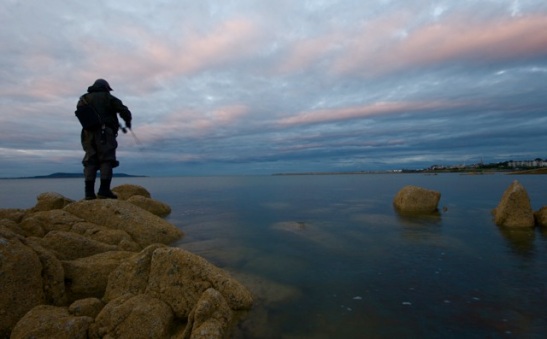 Myself and Sam had a few casts in Dublin Bay before it got dark – Sam saw a few moving, but nothing was interested in our lures. I’ve come to the conclusion that it’s a waste of time around Dublin in daylight and at the weekends. Sure you will still get the odd fish but really the only time I will consider it from now on is at first light on Monday to Friday, or at night.

We eventually got pushed off the rocks as the tide rose and then headed off to our next mark, arriving just as the light went. I tried a couple of lures during the first hour, but didn’t feel they were working properly with the super-slow retrieve i wanted. Lures like the Feed Shallow have an incredible wobbling action when cranked, and the faster you wind the more action it gives the lure. However, try a dead slow retrieve and the action disappears. I eventually settled on a Zonk and this proved to be a good choice. Even with the slow retrieve you can still feel the Zonk working, and it seemed to be fishing at the right depth for this mark too. 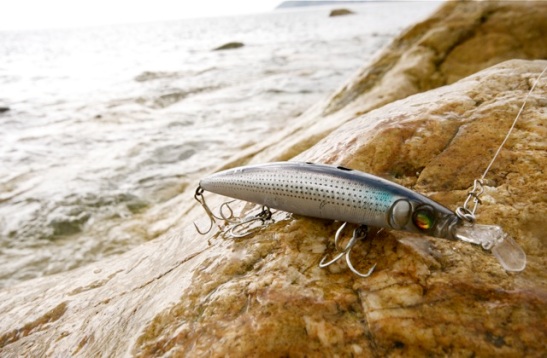 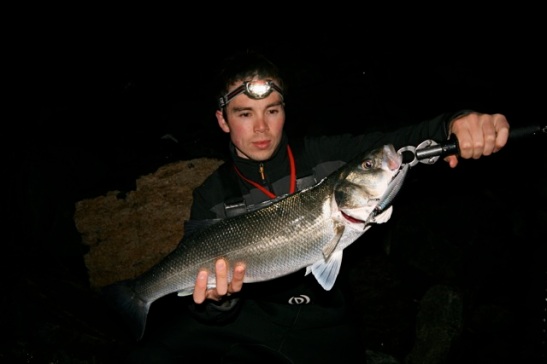 First cast with the Zonk and this fish hit me. I couldn’t believe it – it wasn’t even a proper cast! About half an hour later I had my second fish. 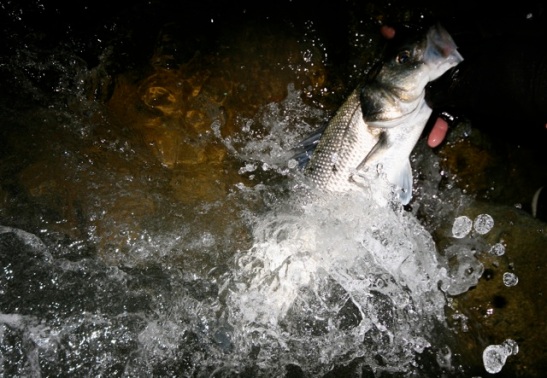 Soon after the third fish hit me and proceded to tear off towards the rocks. Man these fish hit you hard in the dark! I was daydreaming, thinking to myself how light and well balanced the rod and reel felt together, and I was sort of balancing it in my palm, not gripping it properly at all. Suddenly it was nearly ripped from my hands and the reel started screaming! Luckily I managed to keep hold of it and guide the fish towards Sam who did the honours.

We didn’t stay much longer, as it was pretty late by this stage (or early if you want to look at it another way!)

Obviously I had to get back down there for the next tide, and I arrived next day loaded up with Zonks! The water was still a bit low at the start so I put on a Sasuke 120 (Sand Borer), and had a few casts not expecting anything. Just as the light was fading I had a hit, and after a good scrap I managed to slip the net under it.

He swam away strongly after giving me a soaking

Sasuke 120 - Sand Borer. This did the damage just as the light was fading.

I then clipped on a Zonk fully expecting to see a bit more action, but had nothing over the next 3 hours. That’s the way it goes i suppose.