With the bass fishing being fairly slow, i decided to head over to the west in search of a salmon. The Moy was where i caught my first one around fifteen years ago – i remember i had cast out a worm and left the rod down. Then i remember the rod moving along the ground. I grabbed the rod and dragged the fish in to the bank, and in my excitement tried to lift it straight out of the water with the rod! Trout spinning rods were not designed to lift 6lb fish and obviously it broke. I obviously didn’t give a sh*t and ran back to the hotel with the poor fish still alive in one hand and broken rod in the other. I hadn’t been back to the Moy since.

When i arrived all the conditions and reports were bad. The river was in bad need of rain, and a competition on the river a few days earlier had only resulted in around ten fish for almost a hundred anglers.

I fished the Foxford stretch – unfortunately i would have been wasting my time with the fly so spinning, worm and prawn was the way to go. After a couple of hours i hooked a fish on a black and copper flying-c and managed to land it safely. Just under 5lb.

One fish makes a trip worthwhile, and i was happy. I wasn’t expecting to get anything else but to my surprise i hooked another fish that evening. A similar sized fish that was coloured, so i unhooked it in the water and released it straight away.

I tried the worm and prawn a few times throughout the day but only a perch and a flounder were interested. How the flounder got upriver this far i don’t know! 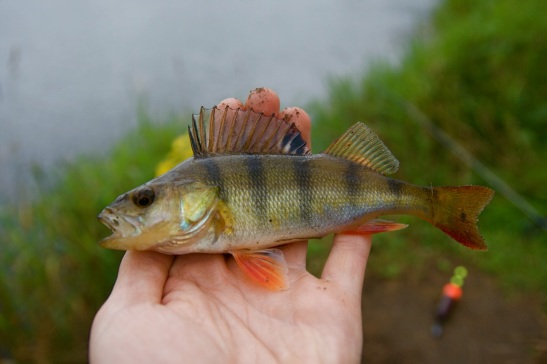