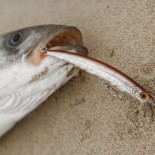 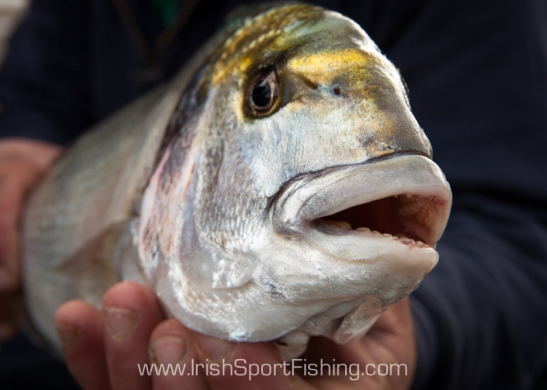 Over the last few years, Gilthead Bream catches from these shores have become more regular and the average size of fish appears to be increasing. Hopefully the weather will play ball this summer, and hopefully I’ll get the chance to go after them properly if they appear in numbers.

The first phase in the search of a red-letter Gilthead session was to do a bit of background work in preparation for their arrival. Trying out a few different venues where they’ve been caught before, and seeing if any info or patterns can be gathered on the best tides and conditions for each one will hopefully prove invaluable. 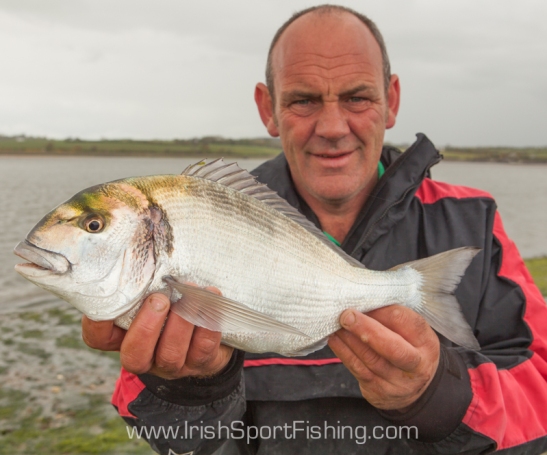 After a steady stream of ‘nuisance’ small bass (which were all safely and quickly returned to the water – the bass ban runs from May 15th – June 15th), Joe had a bite that bent the tip around and just kept going! Joe thought he had hooked a good bass until he saw the deep silver flanks of a Gilthead in the shallow water. After weighing and taking a few quick photo’s and measurements, the fish was returned. It was a specimen of 3.3lb and was in great condition.

That was the only bream of this session, but its still early in the season for them. At least we know they can be caught there which boosts the confidence to persevere in fishing for them if nothing else. There’s nothing worse than fishing somewhere new and doubting whether you are in the right area at all!

I also want to give them a go with lures at some stage – I didn’t want to bring out the lure fishing gear during the bass ban. I’ll avoid the potential hassle of being mistakenly fishing for bass as I reckon I’d have a hard time trying to convince a fisheries officer I was fishing for Gilthead’s with a lure!